Network- No mobile network will be available, For emergency you can use satellite phones available at our kheerganga campsite on extra payment.

Kheerganga is a hindi word which can be elaborated as Kheer ki ganga(a traditional Indian sweet dish white in colour and “Ganga”, the sacred river of India). This Kheerganga trek is well known and most popular trek among beginners. Many  numerous mythological stories are famous among locals behind this name. Few says that this name is because in satyug parvati kund use to be the pond of kheer. Which later converted into pond of hot water by Lord Vishwakarma on the instruction of Lord Shiva. Few says that goddess Parvati had used hot water of parvati kund to cook kheer for his meditating son Kartiken.

Basically Kheerganga trek starts from a small village “Bharshaini”. Bharshaini is about 21kms away from Kasol and about 50km from Bhuntar airport. Buses are available from Delhi for both Bhunthar or Kasol or you can reach Bhunthar airport directly and then hire a taxi to reach Bharshaini. Length of Kheerganga Trek is of 12km one way which you have to cover in one day but the good news is that gradient are not very steep.

How to reach Kheerganga top?

To reach kheerganga top you will get two path one will go through Nakhthan Village. On this you will receive direct sunlight throughout your trek and this path is generally used by  porters to supply foods and other essential items at Kheerganga camping. And other path is via kalga village. For that you have to take right turn from bharshini village, cross bharshaini dam and then follow other co-travelers. On this root you will get indirect sunlight getting filtered from dense forest cover.

You may choose one root and can return back via other root, but whatever may be your choice one thing which is guaranteed is amazing view of deep valley, sweet but loud sound of Parvati river, some beautiful flowers , singing birds and welcoming cold breeze on your face. As kheerganga trek is the most popular trek so you will find numerous co-traveler during your trek so you can opt out of option of hiring guide on this trek. But its recommended to book your kheerganga camping well in advance or you may face trouble of bargaining or price hike or no vacancy at camp location. Here at Manchala mushafir we provide best tents at affordable price with minimum human intervention and best service. On reaching kheerganga top the amazing view of Parvati Valley and warm water of parvati kund will act as painkiller for your body.

About Kheerganga camping and other staying option available at Kheerganga

At Kheerganga trek you have to stay in tents on double/triple/quad  sharing basis. You have two options either you can book your kheerganga camping from our portal well in advance or you can book your tents after reaching at kheerganga top. On Kheerganga top you will get hundreds of camping options with variable quality and rates. Mostly at Kheerganga rates varies with crowd or we can say their price vary according to season. In peak period their prices get sky rocket. The risk behind second option is of availability of tents, overcharging, bargaining, bad quality services and many more. During peak seasons you may be charged Rs 3000 to 4000 per person.

Kheerganga is genearrly thought to be a all season trek but Manchala Mushafir prospective is bit different. According to musafir team best time to visit kheerganga trek is around February to June.

In this season temperature will be something between 10-40 degree Celsius. Comfortable temperature and balanced humidity in air makes this time most favorable for kheerganga trek. You may also notice some of the rarest animals and birds during your trek. This season is also favorable because you will find many co-travelers during your trek, but  one disadvantage of this is that as this is a peak season you may face price hike at kheerganga camping site, but no worry here manchala musafir kheerganga camping comes to your rescue.

No, this is not very favorable season for trekking. This reason receives moderate to heavy rainfall with chilling wind. Ya it could be romantic and beautiful for nature lovers and love birds but for trekking it could be horrible. Basic reason behind saying this is that you may face landslide, path blockage, very few co-travelers, giant tree fall, slippery path, and many other thing which can dishearten you.  But still if you want to visit here take proper precaution, plastic cover for your mobile and backpack. As this is a off season you will get very less co-travelers on path so if you are new on this trek its recommended to visit this trek with guide.

After rainy season, October & November could be favorable month to visit kheerganga trek, In this period again you will find many co travelers on your path. In this period you can witness some snow capped mountains, but still temperature will be very low during night. But at our kheerganga camping we provide heavy and enough blanket for your comfort. Kheerganga trek in December and January again could not be very favorable because of snow covered path and very few tourist on this path. You may also miss some rare species of this areas during this season because most of them hibernate during winter season. But taking dip in parvati kund during this season is nothing but just a big wowww….

At kheerganga camping you will be served with Snacks, Tea, Breakfast, Lunch and Dinner (Vegetarian) are included on this package.

Arrive at Kheerganga tent site. Enjoy marvelous view of sunset with snacks and tea in the evening. Enjoy bonfire and music after sunset and have delicious dinner.

Start your day with splendid sunrise view from kheerganga camping site. Have a dip in hot water spring at kheerganga. Enjoy delicious breakfast and checkout.

I love this trip and enjoy alot. Camp location was amezing and capm was clear and hygienic.
Showing 1 - 2 of 2 in total 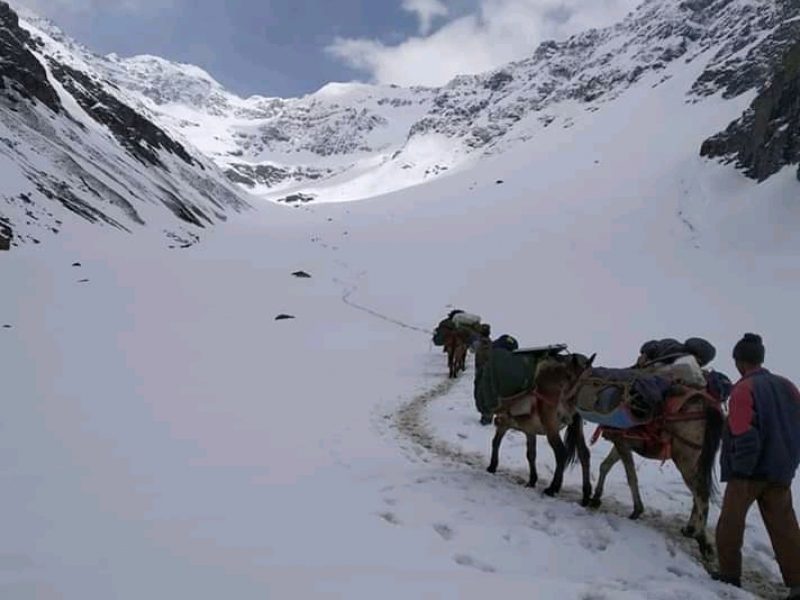 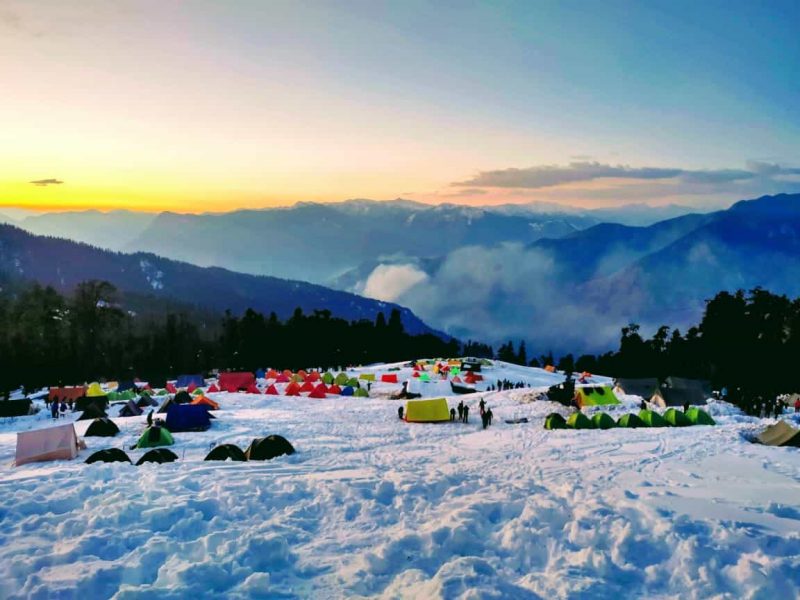